My crazy black pug Maverick turned 12 this January. About a year and a half ago, he had a Stage 1 tumor removed from his chest. Afterwards, he refused to eat or drink. We thought he might have pancreatitis and went through months of trying to find food that wouldn’t make him vomit. He was slowing down, but he got better and was mostly back to his crazy self. 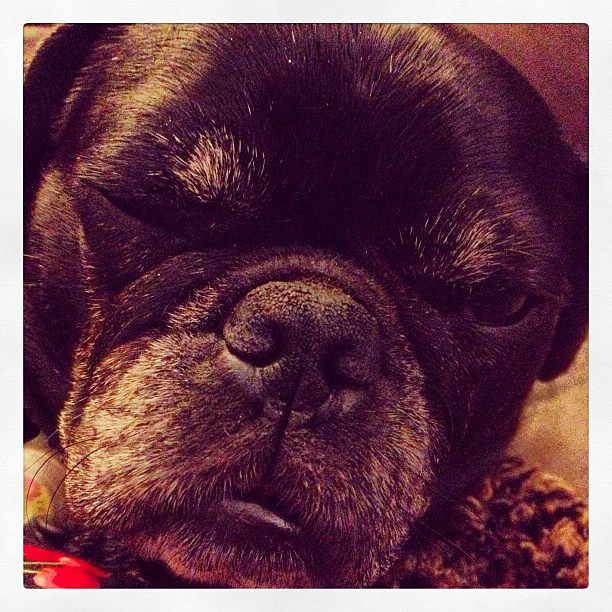 I got Mav when he was 9 weeks old and I was almost 21. He is my baby. I had him in my first adult apartment, my first adult job, and when I met my husband. We have a connection. I can tell when he doesn’t feel well, even when my husband thinks I’m crazy. 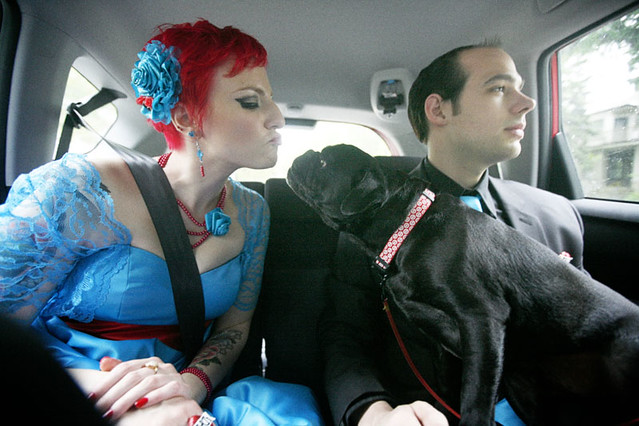 I noticed that he seemed to be walking kind of funny. His back legs kind of flailed about. Then the accidental, occasional poop would happen. I convinced my husband to take him to the vet, who confirmed that something was wrong and sent us to an orthopedic specialist. The orthopedist determined it was actually a nerve issue and identified the thoracic spine as the likely culprit. He sent us to a neurologist who confirmed his diagnosis. There were a couple possible scenarios: tumors, cysts, herniated disc, or a degenerative nerve condition. The MRI to find out would be $5k. The only treatment for any of the options (if there was a treatment at all) was spinal surgery. Not only was that another $X grand, but I wasn’t going to put my 12 year old baby who couldn’t understand what was going on through spinal surgery. 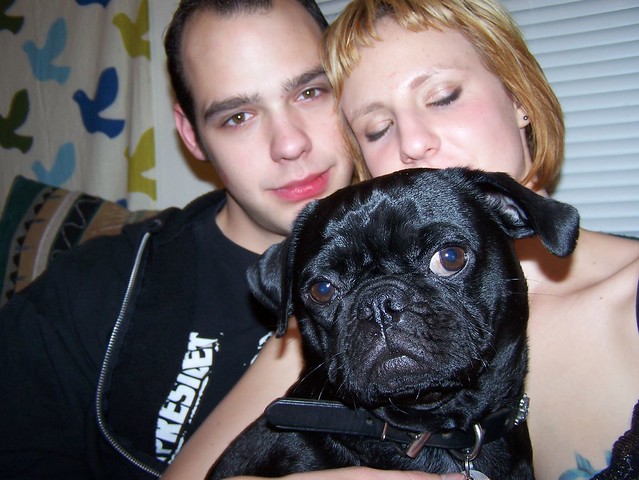 So we waited and watched as he had more and more trouble walking. The loss of control of his bowel movements became more than occasional and we started experimenting with dog diapers. (Note: I am now an expert. Most of them are only made for #1 not #2 and don’t really fit boy dogs.) The nails on his back feet were rubbed almost completely off from dragging his feet. He lost a lot of weight (and if you know pugs, you know this is bad verging on impossible). I started feeding him a second dinner. The diaper became 100% necessary all the time. He now occasionally has a pee accident too. He falls over and flails when he tries to scratch his face. He can’t walk on hard wood floors at all and spends most of his day on the couch or in bed.

It’s heart breaking. And I struggle with the knowledge that at some point, probably soon, I will have to decide if all of these issues deteriorate his quality of life enough … enough to put him down. My heart breaks every time I think about it. My chest tightens. I just don’t know how I will get through it. 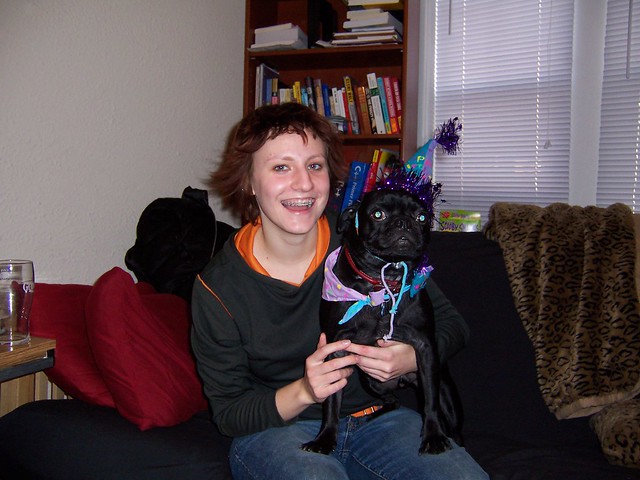 But for now, he is here and relatively happy. Sure he sleeps 23 hours a day, but it’s really only about 1 hour more than before. 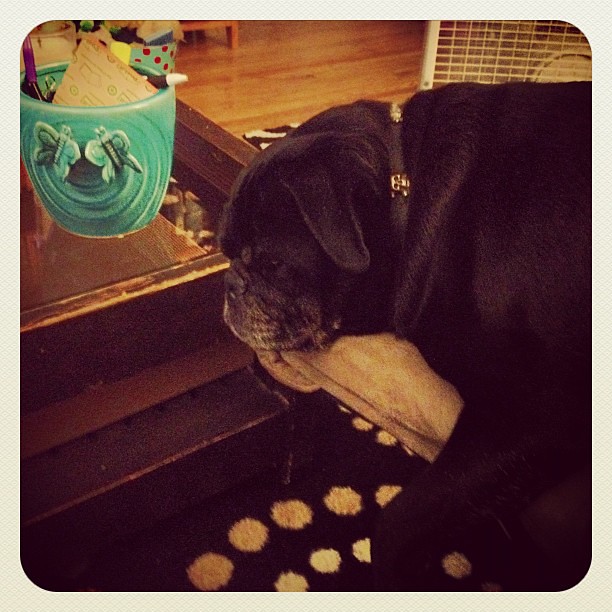 So for now, I change his diaper a couple times a day. I wipe his butt and his tail. Occasionally, I have to throw him in the bath. I, eco-hippie-who-makes-her-own-cleaners, got bleach all purpose cleaner and all the varieties of Nature’s Miracle. I bought 12 dog diapers at $7 a pop. We have a diaper pail on our deck and have perfected the art of laundering poopy diapers. I put liquid soap in all the bathrooms. We got a plastic cover for our bed. (Fortunately, I’m obsessive and we already have like 7 sets of sheets). I rub aquaphor on his diaper rash. We have shelves of diapers, baby wipes, Wet Wipes, and baby powder.

And as women in her thirties, babies are a thing … that I think about … or something. I have child-free friends and friends having babies and friends with older kids. One thing I hear from child-free and not-yet-parents is the grossness of wiping butts. Poop is gross. Period.

And yet … we will all probably wipe a poopy butt one day. Whether it is our child, our pet, our spouse, or our parents, it is kind of inevitable. Animals get old. They need to be cared for. They lose control of their bodies. And those that love them are, hopefully, by their side, holding their nose, and doing what it takes to give them dignity and love and joy in their last days of life.

In the end, if we are lucky enough to love, we will wipe another’s butt. 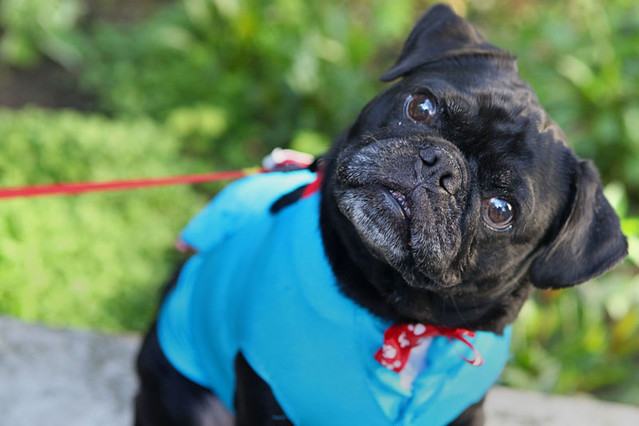